The Messier Fold: Millions of light years in the making (Paperback) 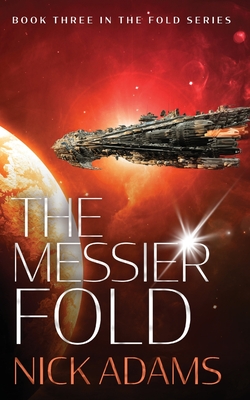 To protect your family's secrets, how many people would you murder?

Emboldened by the addition of Andrew's father, a retired FBI investigator, they pursue their quarry over 250 million light years through a recently discovered galactic gateway - and find themselves fighting for survival.

Two races, at war for millennia over lust for power and greed, don't take kindly to strangers appearing in their midst and push our heroes' abilities so far, it culminates in an unspeakable tragedy.

Meanwhile, their quarry have problems of their own...

The Fold Series: it's like the love child of The Martian and Red Dwarf - with a pinch of Star Trek thrown in for extra flavour