News from Nowhere, Or, an Epoch of Rest: Being Some Chapters from a Utopian Romance (Paperback) 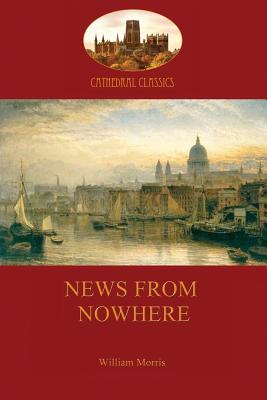 William Morris was born in 1834, the son of a successful London businessman. At Oxford, under the influence of Edward Burne-Jones, he decided to devote his life to Art. An important member of the Pre-Raphaelite Brotherhood, he excelled at a huge range of skills including architecture, painting, poetry, weaving, dyeing, and book-making. His political life was equally diverse, moving gradually 'leftwards' until, by 1883, he had become a convinced socialist.

'News from Nowhere'' is a Utopian fantasy that explores his socialist vision: a man wakes to find himself in a futuristic England that has fully embraced the concept of 'Commonwealth'. Government, cash, schools and prisons no longer exist, industrial pollution has vanished, and both men and women are free and equal. Interestingly, the book emphasizes the original meaning of Utopia as 'Nowhere', suggesting Morris regarded his vision as an unrealizable dream, though one to which he believed all should aspire.