This Is No Dream: Making Rosemary's Baby (Hardcover) 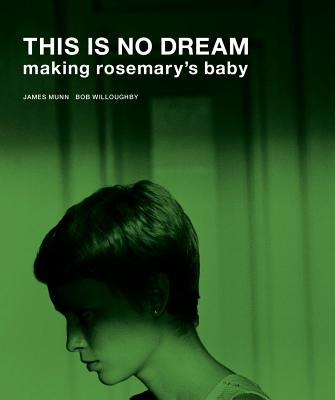 So many 'making of' books come off as slapdash cash-grabs. This book, however, is bound in adoration for its source material. Along with recollections of those who worked on the film, there is a multitude of quality, actually never before seen production photos. This is how you pay your respects to a masterpiece.

The birthing of Rosemary's Baby: behind the scenes, 50 years on

This Is No Dream: Making Rosemary's Baby is a definitive, illustrated history of Roman Polanski's great 1968 film, from director and casting choices to the kudos and condemnation it received upon its release. During its making, Polanski fell seriously behind schedule and was almost fired; star Mia Farrow faced an ultimatum--career or marriage--from husband Frank Sinatra; and actor John Cassavetes nearly came to blows with his genius director. Photographer Bob Willoughby--a veteran special set photographer who shot for such movies as Ocean's 11 (1960), Who's Afraid of Virginia Woolf? (1966) and The Graduate (1967)--captured it all, along with other studio photographers.

The story begins with author Ira Levin, who was struck with the idea that "a fetus could be an effective horror if the reader knew it was growing into something malignly different from the baby expected." He set his story in present-day Manhattan, he made the mother-to-be a young woman who had just moved into a mysterious apartment building with her actor husband and he had the baby's father just happen to be the devil incarnate. And with that, Rosemary's Baby was born. For most of 1967, Levin's novel rested comfortably in the top ten of the New York Times bestseller list. It was practically a given that a movie version would be made and, by August 1967, cameras were ready to roll. On June 12, 1968, Rosemary's Baby hit American theaters.

This book, commemorating the 50th anniversary of this landmark picture, features Bob Willoughby's work, with many of his behind-the-scenes images presented here for the first time.