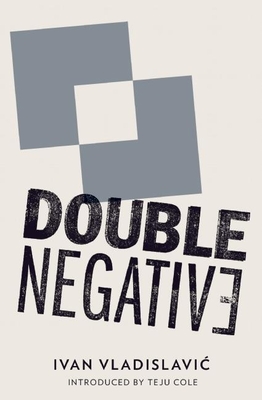 By Ivan Vladislavic, Teju Cole (Introduction by)
Unavailable at this time.
Unavailable

"One of the most imaginative minds at work in South African literature today."--Andr Brink

Originally part of a collaborative project with photographer David Goldblatt, Double Negative is a subtle triptych that captures the ordinary life of Neville Lister during South Africa's extraordinary revolution. Ivan Vladislavic lays moments side by side like photographs on a table. He lucidly portrays a city and its many lives through reflections on memory, art, and what we should really be seeking.

Ivan Vladislavic is the author of a number of prize-winning fiction and nonfiction books. He currently lives in Johannesburg, South Africa.

IVAN VLADISLAVIC is the author of the novels The Folly, The Restless Supermarket, The Exploded View and Double Negative. The last of these appeared initially in TJ/Double Negative, a joint project with the photographer David Goldblatt. Vladislavić has written extensively about Johannesburg, notably in Portrait with Keys (2006). He has edited volumes on architecture and art, and published a monograph on the conceptual artist Willem Boshoff. The compendium volume Flashback Hotel (2010) gathered together his early stories. Recent books are The Loss Library and Other Unfinished Stories, a reflection on writing and other things, and A Labour of Moles, a small comedy of meanings illustrated by Ornan Rotem. His work has won the Sunday Times Fiction Prize, the Alan Paton Award and the University of Johannesburg Prize, while TJ/Double Negative received the 2011 Kraszna-Krausz Award for best photography book.