Against the Fascist Creep (Paperback) 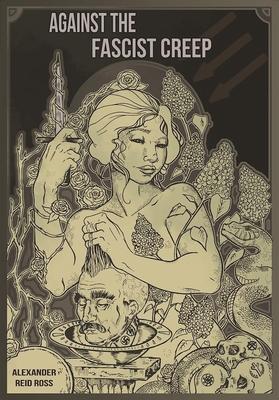 By Alexander Reid Ross
$16.95
On our shelves now at one or more of our stores

What are the origins of fascism's current rise in the US and around the world?
What are its links to Donald Trump, Steve Bannon, Jeff Sessions, Kris Kobach, Ken Blackwell, and others in the new administration?
How has Vladimir Putin used the global far right to increase his power and influence?
Where did hate-speech celebrities like Richard Spencer and Milo Yiannopolous come from?
What role has Silicon Valley played in the fascist creep?
As the election of Donald Trump shows, fascism in all its white nationalist and "alt-right" permutations is alive and well in the United States. A terrifying tour of the history and influence of the forces that helped bring the forty-fifth president to power, Against the Fascist Creep maps the connections and names the names. It traces today's often-disguised forms of rightwing extremism through the decades and across the globe to show how infiltration is a conscious and clandestine program for neofascist groups that seek to co-opt and undermine both mainstream and left-wing institutions in order to win elections, take political power, and create a new racist and authoritarian society.