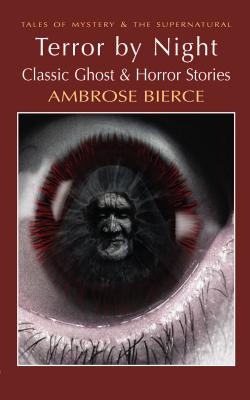 By Ambrose Bierce, David Stuart Davies (Introduction by)
Email or call for price.
Out of print

Of the 3 highly-influential early American horror writers, Poe and Lovecraft far outstrip Bierce in popularity. But for me he's more readable than either of them and evokes a more intimate and unnerving brand of terror. Also, Kurt Vonnegut esteemed Bierce's story "An Occurrence at Owl Creek Bridge" so highly that he declared anyone who hadn't read it a "twerp." (And you don't want to be a twerp, do you??)

Nothing is so improbable as what is true' Of all the writers of ghost and horror stories, Ambrose Bierce is perhaps the most colourful. He was a dark, cynical and pessimistic soul who had a grim vision of fate and the unfairness of life, which he channelled into his fiction. And in his death, or rather his disappearance, he created a mystery as strange and unresolved as any that he penned himself. But more of that later. Ambrose Gwinett Bierce was born in a log cabin on 21st June 1842, in Horse Creek, Meigs County, Ohio, USA. He was the tenth of thirteen children, ten of whom survived infancy. His father, an unsuccessful farmer with an unseemly love of literature, had given all the Bierce children names beginning with 'A'. There was Abigail, the eldest; then Amelia, Ann, Addison, Aurelius etc. So oddness was a part of Bierce's life from the beginning. Poverty and religion of the extreme variety were the two chief influences on young Ambrose's childhood. He not only hated this period of his life, he also developed a deep hatred for his family and this is reflected in some of his stories which depict families preying on and murdering one another. For example the unforgettable opening sentence of 'An Imperfect Conflagration' seems to sum up his bitter attitude: 'Early in 1872 I murdered my father - an act that made a deep impression on me at the time'.