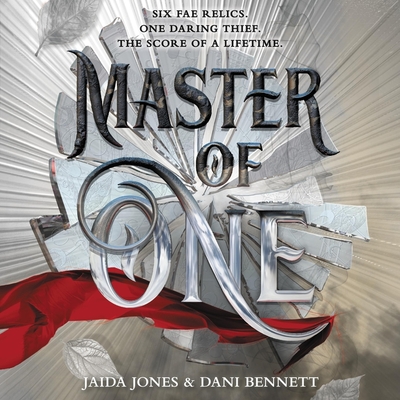 By Lisa Cordileone (Read by), Jaida Jones, Danielle Bennett
$39.99
Unavailable at this time.

Sinister sorcery. Gallows humor. A queer romance so glorious it could be right out of fae legend itself. Master of One is a fantasy unlike any other.

Rags is a thief--an excellent one. He's stolen into nobles' coffers, picked soldiers' pockets, and even liberated a ring or two off the fingers of passersby. Until he's caught by the Queensguard and forced to find an ancient fae relic for a sadistic royal sorcerer.

But Rags could never have guessed this "relic" would actually be a fae himself--a distractingly handsome, annoyingly perfect, ancient fae prince called Shining Talon. Good thing Rags can think on his toes, because things just get stranger from there...

With the heist and intrigue of Six of Crows and the dark fairy tale feel of The Cruel Prince, this young adult fantasy debut will have readers rooting for a pair of reluctant heroes as they take on a world-ending fae prophecy, a malicious royal plot, and, most dangerously of all, their feelings for each other.