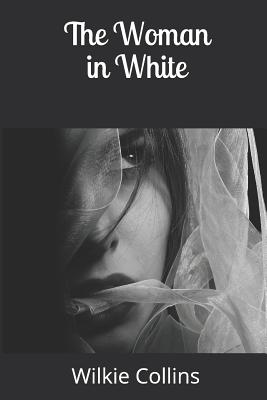 The Woman in White, written in 1859, was first published in serial form in 1859-60, appearing in Charles Dickens' magazine All the Year Round (UK) and Harper's Weekly (USA). It was published in book form in 1860 and was extremely successful commercially.It's considered to be among the first mystery novels and is widely regarded as one of the first and finest in the genre of "sensation novels". The story is sometimes considered an early example of detective fiction with protagonist Walter Hartright employing many of the sleuthing techniques of later private detectives. The use of multiple narrators draws on Collins's legal training, and as he points out in his preamble: "the story here presented will be told by more than one pen, as the story of an offense against the laws is told in Court by more than one witness". In 2003, The Observer listed The Woman in White number 23 in the top 100 greatest novels of all time", and the novel was listed at number 77 on the BBC's survey The Big Read. The story starts when Walter Hartright, a young art teacher, encounters and gives directions to a mysterious and distressed woman dressed entirely in white, lost in London; he is later informed by police officers that she has escaped from an asylum.Soon afterward, and meets Laura Fairlie, who bears an astonishing resemblance to the woman in white. Over the next few months, Walter and Laura fall in love, but Laura is engaged to Sir Percival Glyde, who, according to the financial terms of the marriage settlement, would inherit the entirety of Laura's fortune if she dies without leaving an heir. This provides the motive for the conspiracy of her unscrupulous future husband.The theme of the story is the unequal position of married women in law at the time.