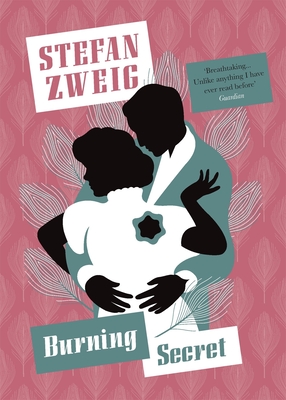 By Stefan Zweig, Anthea Bell (Translated by)
$6.99
On our shelves now at one or more of our stores

Zweig here captures two striking truths. First, the transition from child to adult comes not by steady gradualism but in catalytic episodes in which the membrane between the two worlds thins by means of betrayal, violence (emotional and otherwise), and critical acts of independence. Second, a shocking number of life's Big Moments would entirely resemble cheap melodrama if not for the transmuting--almost alchemical--effect these moments initiate deep in the souls of innocent parties who are snared in the drama's orbit. A compulsive read!

A stunning new edition of a darkly “touching and delightful” tale of seduction, jealousy, and betrayal from the master of the novella (The New York Times)

Bored on holiday at an Austrian mountain resort, the suave Baron takes a fancy to twelve-year-old Edgar’s mother. But when his initial advances are rejected, he must turn to other means to carry out his seduction. Instead, he lavishes his attention on Edgar, deploying all of his adult charms and wiles to befriend the boy and get closer to the woman he desires.

The initially unsuspecting child soon senses something is amiss, but he has no idea of the burning secret that is driving the affair—and that it will soon change his life forever.

Pushkin Collection editions feature a spare, elegant series style and superior, durable components. The Collection is typeset in Monotype Baskerville, litho-printed on Munken Premium White Paper and notch-bound by the independently owned printer TJ International in Padstow. The covers, with French flaps, are printed on Colorplan Pristine White Paper. Both paper and cover board are acid-free and Forest Stewardship Council (FSC) certified.

Stefan Zweig (1881-1942) was born in Vienna, into a wealthy Austrian-Jewish family. He studied in Berlin and Vienna and was first known as a poet and translator, then as a biographer. Zweig travelled widely, living in Salzburg between the wars, and was an international bestseller with a string of hugely popular novellas including Letter from an Unknown Woman, Amok, and Fear.

In 1934, with the rise of Nazism, he moved to London, where he wrote his only novel, Beware of Pity. He later moved on to Bath, taking British citizenship after the outbreak of the Second World War. With the fall of France in 1940 Zweig left Britain for New York, before settling in Brazil, where in 1942 he and his wife were found dead in an apparent double suicide. Much of his work is available from Pushkin Press.

“What did Zweig have that brought him the fanatical devotion of millions of readers, the admiration of Herman Hesse, the invitation to give the eulogy at the funeral of Sigmund Freud? To learn that, we would have to have a biography that illuminated all aspects of his work, that read all of his books, and that challenged, rather than accepted, the apparent modesty of his statements about his life and work.” – Benjamin Moser, Bookforum

“[Burning Secret is] a devastatingly accurate picture of childhood on the cusp of adolescent disillusion.” – Gary Indiana, Bookforum

"Breathtaking... the final sentence is unlike anything I have ever read before; and transforms not only the book, but, in a way, the reader as well." - Nicholas Lezard, Guardian

"Zweig is the most adult of writers; civilised, urbane, but never jaded or cynical; a realist who none the less believed in the possibility—the necessity—of empathy." - Independent

"Touching and delightful. Those adjectives are not meant as faint praise. Zweig may be especially appealing now because rather than being a progenitor of big ideas, he was a serious entertainer, and an ardent and careful observer of habits, foibles, passions and mistakes." — A.O. Scott, The New York Times