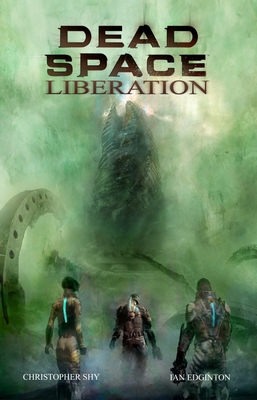 By Christopher Shy (Illustrator), Ian Edginton
$19.99
Unavailable at this time.

A prequel to the events of the smash video game hit Dead Space 3, we follow Earthgov Sergeant, John Carver who’s wife and son are attacked by fanatics trying to liberate the Marker site where she works.

Racing to solve the clues his wife left behind, Carver teams up with Ellie Langford, survivor of an earlier necromorph outbreak on the Sprawl, and EarthGov Captain Robert Norton.

Together they unlock deep secrets about the Markers in an epic adventure that will help determine the fate of mankind.

Ian Edginton is a British comic book writer. He worked on the Alien, Terminator and Predator franchises for Dark Horse; Blade, Wolverine and X-Force for Marvel, and many more.

Fantasy and Science Fiction artist, Christopher Shy, is known for his book cover work, computer game design and graphic novel illustration. In 2010, Christopher and his studio, Studio Ronin, completed the eagerly-anticipated graphic novel, Dead Space: Salvage, he then received an award in Italy for Artistic Excellence and in 2011 his book, Soul Stealer, was named book of the year.

"Christopher Shy‘s artwork is what truly sells this not only as a graphic novel, but also as a work of art." – Forbes.com

"an overall great read and is a must have for any die-hard Dead Space fan." – Nerd Reactor

“I would highly recommend that any Dead Space or comic book fan pick up a copy.” – Examnier

“Definitely pick it up if you are into video games or just comics in general.” – The Nerd Machine

“Titan Books has really nailed it with this one.” – Geek Mundo

“The style is fascinating and unique.” – All Thumbs Gaming

“Dead Space: Liberation turned out to be my favorite extension to this franchise so far.  From the unique art on display to the precise dialogue delivered it absolutely showed that this creative team certainly came out to play.” – Unleash the Fanboy