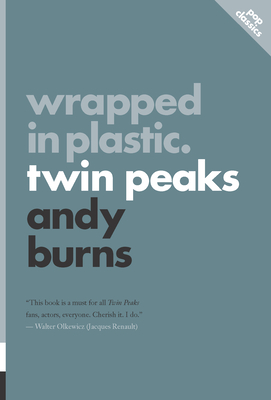 Guys. Twin Peaks is coming back.

Unfortunately, it looks like we may have to wait a while. So why not revisit why you fell in love with Lynch's cult classic in the first place? Andy Burns reviews the lasting legacy of Twin Peaks through essays and interviews with the cast. Basically, "Wrapped in Plastic" was written for every person who calls themselves a fan of Twin Peaks . Read it, and let it fill the hole in your heart that the Season 2 finale left behind.

Damn good coffee, cherry pie, and the "big bang of auteur television" -- why Twin Peaks deserves to be a pop culture classic In 1990, avant garde filmmaker David Lynch (Eraserhead, The Elephant Man, Dune, Blue Velvet) and acclaimed television writer Mark Frost (Hill Street Blues) teamed up to create a television show that would redefine what the medium could achieve in a one-hour drama. With Twin Peaks, the duo entranced audiences with the seemingly idyllic town, its quirky characters, and a central mystery -- who killed Laura Palmer? In a town like Twin Peaks, nothing is as it seems, and in Wrapped in Plastic, pop culture writer Andy Burns uncovers and explores the groundbreaking stylistic and storytelling methods that have made the series one of the most influential and enduring shows of the past 25 years.

Andy Burns is the founder and editor-in-chief of the pop culture website Biff Bam Pop. His work has appeared in the Toronto Sun and Rue Morgue magazine, while his dreams are regularly haunted by the denizens of Twin Peaks.