The Green Ray of the Sun (Yellowstone #2) (Paperback) 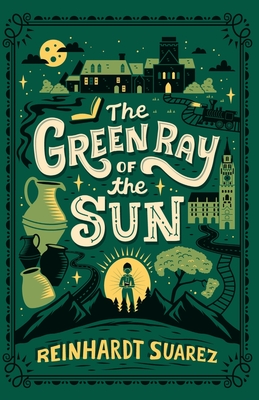 This is book number 2 in the Yellowstone series.

The summer after riding shotgun on the nerdiest odyssey this side of the Pecos, plucky misanthrope Ryland Taggart finds herself on a Tuscan farm assisting her dangerously impractical botany professor investigate a rash of unexplained crop failures. They find more than they were prepared for when Ryland begins to get nightly visits from the ghost of 19th-century bandit-king, Domenico Tiburzi, pleading with her to save the land.

When she is given an 1883 edition of Jules Verne's The Green Ray accompanied by a photo of an unnamed woman, Ryland takes up Tiburzi's challenge and embarks on a cross-European quest to uncover the farm's mysterious past. But can she escape the ghosts at her heels--both the mostly dead kind and the phantoms woven from her own regrets--long enough to find how the farm's destiny is entwined with her own?