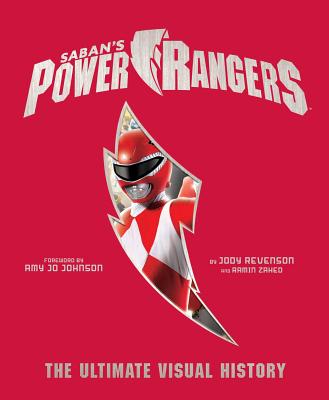 Explore the history of Saban’s Power Rangers with this exclusive collection of artwork, behind-the-scenes photos, interviews and more.

Power Rangers: The Ultimate Visual History takes viewers on a fascinating behind-the-scenes tour of the Power Rangers franchise, from the conception of the television show to the present-day seasons, feature films, toys, video games, comic books, and more. This comprehensive collection features interviews with top creators, as well as some of the key writers and producers responsible for the iconic look and panache of the legendary superhero franchise. Special inserts, charts, art replications, and badges add special interest and collectibility to this fantastic tribute to the lasting legacy of the Power Rangers. A special chapter will also focus on the making of the new Power Rangers movie, which was released by Lionsgate in March 2017.

Ramin Zahed is the editor in chief of Animation Magazine. A journalist who has covered the film and television industries for over twenty years, his writing has appeared in Variety, the Hollywood Reporter, the Los Angeles Times, and Movieline. He lives in Los Angeles.