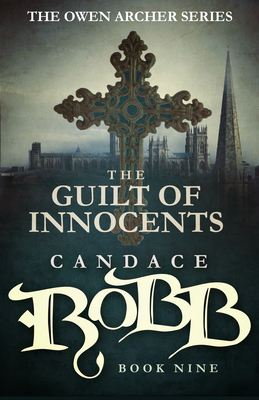 By Candace Robb
$14.99
On our shelves now at one or more of our stores

This is book number 9 in the Owen Archer series.

"It's...the Machiavellian intrigue that makes this such an enjoyable read. When the iron curtain came down people said the spy-thriller genre was dead. They were wrong. This is as full of intrigue as a Deighton or a Le Carr ." --THE GUARDIAN Winter in the year of our Lord 1372. A river pilot falls into the icy waters of the River Ouse during a skirmish between dockworkers and the boys of the minster school, which include Owen Archer's adopted son Jasper. But what began as a confrontation to return a boy's stolen scrip becomes a murder investigation as the rescuers find the pilot dying of wounds inflicted before his plunge into the river. When another body is fished from the river upstream and Owen discovers that the boy Jasper sought to help has disappeared, Owen Archer convinces the archbishop that he must go in search of the boy. His lost scrip seems to hold the key to the double tragedy, but his disappearance leaves troubling questions: did he flee in fear? Or was he abducted? On the cusp of this new mystery, Owen accepts Jasper's offer to accompany him to the boy's home in the countryside, where they learn that a valuable cross has gone missing. A devastating fire and another drowning force Owen to make impossible choices, endangering not only himself, but the two innocents he fights to protect. The bond between fathers and sons proves strong, even between those not linked by blood.