A Spy for the Redeemer: The Owen Archer Series - Book Seven (Paperback) 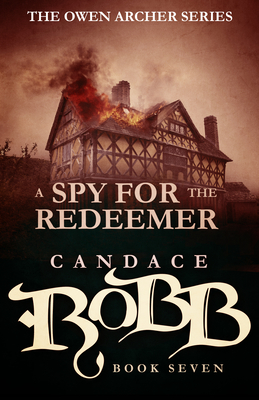 This is book number 7 in the Owen Archer series.

"Fascinating...crisp, evocative writing.... The tapestry here is rich and varied."--CLEVELAND PLAIN DEALER Late spring in the year of our Lord 1370, and Owen Archer is anxious to leave Wales for home. His mission for the Duke of Lancaster complete, he attempts to arrange safe passage on a ship sailing for England, but the hanging of a stonemason interrupts his plans. On the surface it appears the young man was driven to suicide by a broken heart, but to Owen the signs all point to murder. As his investigation stretches on, however, Owen finds himself drawn into the influence of the leader of a Welsh rebellion whose manifesto speaks to his heart, and a choice is offered to him: join or die. Meanwhile, at home in York, Owen's wife Lucie is troubled by rumors that her husband's long absence is permanent, as well as threats by a customer who claims she was poisoned by a physic from the Wilton apothecary. Meanwhile, Lucie is tempted by the attentions of a friend's steward, even as she uncovers a shattering betrayal in her own household.