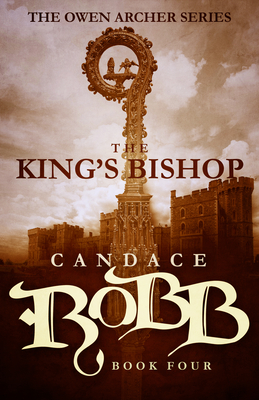 This is book number 4 in the Owen Archer series.

"Robb continues to adeptly blend politics with period detail and three-dimensioned characterizations in the Owen Archer tales." --PUBLISHERS WEEKLY From the marshy Thames to the misty Yorkshire moors, murder stalks Welsh soldier-sleuth Owen Archer and one of his oldest friends. On a snowy morning in 1367, Sir William of Wyndesore's page is found in the icy moat of Windsor Castle, and some whisper that the murderer was Ned Townley--a former comrade-in-arms of Owen Archer. Burdened with a reputation as a notoriously jealous lover, Ned cannot hope to clear his name; even Mary, his ladylove, is unsure of the truth. Hoping to put Ned out of harm's way while solving the murder, Owen places his friend in charge of a mission to Rievaulx Abbey at the edge of the moors. But when the travelers receive news of Mary's drowning, Ned vanishes into the wild. Riding out in search of his old friend, Owen does not know whether he will be Ned's savior or executioner. With his one good eye, Owen sees more than most, but now he must find a way to penetrate the curtains of power that surround the Church and England's royal court and discover the truth of Ned's innocence or guilt...