The Gift of the Magi: A short story about a young husband and wife and how they deal with the challenge of buying secret Christmas gifts for (Paperback) 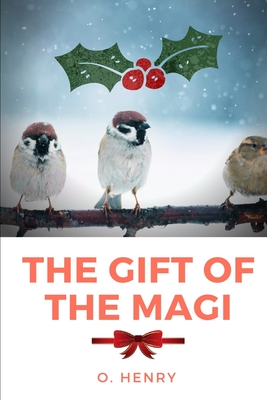 "The Gift of the Magi" is a short story, written by O. Henry (a pen name for William Sydney Porter), about a young married couple and how they deal with the challenge of buying secret Christmas gifts for each other with very little money. As a sentimental story with a moral lesson about gift-giving, it has been a popular one for adaptation, especially for presentation at Christmas time. The plot and its "twist ending" are well-known, and the ending is generally considered an example of comic irony. It was allegedly written at Pete's Tavernon Irving Place in New York City.In a shabby New York flat, Della sobs as she counts the few coins she has saved to buy a Christmas present for her husband, Jim. A gift worthy of her devotion will require a great sacrifice: selling her long, beautiful hair. Jim, meanwhile, has made a sacrifice for Della that is no less difficult. As they exchange gifts on Christmas Eve, the discovery of what each has done fills them with despair, until they realize that the true gifts of Christmas can be found more readily in their humble apartment than in any fine store. O. Henry paints a masterly portrait of unfaltering love, a haven from the harsh world outside. The poignancy of his story is captured in P.J. Lynch's eloquent art, wherein every glance, every gesture, tells a subtle truth.