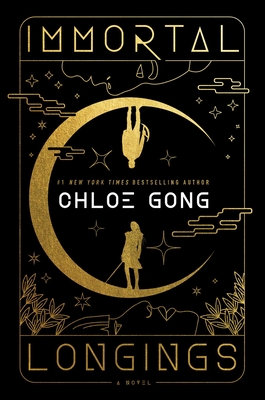 Every year, thousands in the kingdom of Talin will flock to its capital twin cities, San-Er, where the palace hosts a set of games. For those confident enough in their ability to jump between bodies, competitors across San-Er fight to the death to win unimaginable riches.

Princess Calla Tuoleimi lurks in hiding. Five years ago, a massacre killed her parents and left the palace of Er empty…and she was the one who did it. Before King Kasa’s forces in San can catch her, she plans to finish the job and bring down the monarchy. Her reclusive uncle always greets the victor of the games, so if she wins, she gets her opportunity at last to kill him.

Enter Anton Makusa, an exiled aristocrat. His childhood love has lain in a coma since they were both ousted from the palace, and he’s deep in debt trying to keep her alive. Thankfully, he’s one of the best jumpers in the kingdom, flitting from body to body at will. His last chance at saving her is entering the games and winning.

Calla finds both an unexpected alliance with Anton and help from King Kasa’s adopted son, August, who wants to mend Talin’s ills. But the three of them have very different goals, even as Calla and Anton’s partnership spirals into something all-consuming. Before the games close, Calla must decide what she’s playing for—her lover or her kingdom.

Chloe Gong is the #1 New York Times bestselling author of the critically acclaimed Secret Shanghai novels, as well as the Flesh and False Gods trilogy. Her books have been published in over twenty countries and have been featured in The New York Times, People, Forbes, and more. She is a recent graduate of the University of Pennsylvania, where she double-majored in English and international relations. Born in Shanghai and raised in Auckland, New Zealand, Chloe is now located in New York City, pretending to be a real adult.