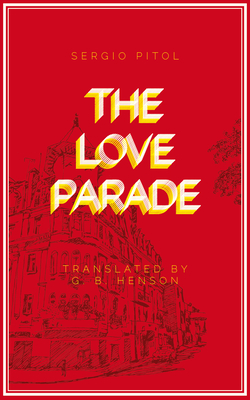 The Love Parade stands out as a fascinating addition to Pitol's unsolveable mysteries and glassy realism. Complete with a cantankerous bookseller, an array of monologue-sick characters (like Dante's dead), and a futile search for answers (or is it?), George Henson's new translation is sure to delight.

Following the chance discovery of certain documents, a historian sets out to unravel the mystery of a murder committed in his childhood Mexico City home in the autumn of 1942. Mexico had just declared war on Germany, and its capital had recently become a colorful cauldron of the most unusual and colorful of the European ilk: German communists, Spanish republicans, Trotsky and his disciples, Balkan royalty, agents of the most varied secret services, opulent Jewish financiers, and more.

As the historian-turned-detective begins his investigation, he introduces us to a rich and eccentric gallery of characters, the media of politics, the newly installed intelligentsia, and beyond. Identities are crossed, characters are confounded; Pitol constructs a novel that turns on mistaken identities, blurred memories, and conflicting interests, and whose protagonist is haunted by the ever-looming possibility of never uncovering the truth. At the same time a fast-paced detective investigation and an uproarious comedy of errors, this novel cemented Pitol's place as one of Latin America's most important twentieth-century authors. Winner of the Herralde Prize in 1984, The Love Parade is the first installment of what Pitol would later dub his Carnival Triptych.

"This novel is not only the best that Pitol has written, but one of the best novels in Mexican literature." --Sergio Gonz lez Rodr guez, La Jornada

"Sergio Pitol in the splendor of his mastery. A great novel." --Florian Borchmeyer, Frankfurter Allgemeine Zeitung