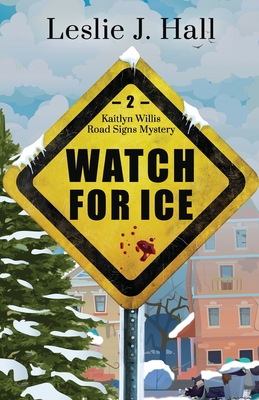 Book One, Dead End: "A fun, fresh page-turner from beginning to end." Wendy Delaney, author of the Working Stiffs Mystery series Book two is great as a stand-alone Kaitlyn loves her job working for Cedar Groves' code enforcement office, but she loves her brother more. When he becomes a suspect in a murder, it's up to her to clear his name. Winter in the Pacific Northwest is messy enough, but it gets a whole lot worse when city employee Kaitlyn Willis lets a junk hoarder called Old Nick off with a warning, and then the next day he turns up murdered. Did her actions somehow play a part in his death? And how is Kale, her still-a-frat-boy-at-heart brother, involved? Sam, the sexy detective who Kaitlyn's maybe-kind of dating, is out of town, and the rest of the Cedar Grove police force want to close the case quickly, even if that means putting Kale behind bars. The city's revitalization efforts are on hold while a murderer is on the loose, and it's up to Kaitlyn to clear her family - and her hometown's - reputation. Why is Cedar Grove's city manager so interested in getting Kaitlyn off the case, and out of the office? And how is Kale connected to the con man who's running scams all over town? If she's not careful, Kaitlyn's curiosity and stubbornness make her the killer's next victim. Don't miss this new PG-rated amateur sleuth mystery with everyone's favorite municipal code enforcer, her cast of quirky friends and coworkers, and enough Gummi Bears to get them through the worst day on the job.