Pirates of The Bahamas (Paperback) 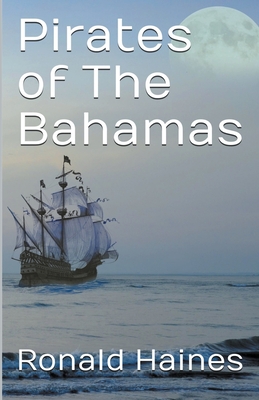 Mary Burleigh never knew that her mother, the straight-laced Carolina lady Anne Burleigh, had in her youth been the infamous pirate, Anne Bonny, and that her real father had actually been a pirate. All Mary knew was the privileged life she had led growing up on a plantation. While on a sailing voyage to Jamaica Mary is abducted by the pirate captain Jack Read, the famous son of Calico Jack Rackham, but her initial horror soon turns to unimaginable bliss as during her time aboard she transitions from hostage-for-ransom to cabin girl, and then to lover. The depth of passion that she and Jack share exceeds all of her fantasies, and she dreams of an idyllic future living with him on his island paradise. But when Mary wants to tell her frantic family that they no longer need to worry it results in her mother meeting up again with the pirate Mary Read, and she soon discovers the secret of her mother's past. Worse, could Jack Rackham have been her father also, meaning that she and Jack might be half-siblings? Mary Burleigh decides that she alone will bear the burden of their possibly incestuous relationship and frantically writes a letter to Jack telling him to forget her; that she was returning with her mother to Carolina. Assuming that Mary left because he wasn't able to provide her the life in which she was raised, Jack reasons that he has only one way to get her back; he must become rich and buy his way into Carolina society as a gentleman. He turns from pirate to privateer with an eye on the treasures of the Spanish Main. It's a desperate move, but death at the hands of the Spanish would be infinitely preferable to a life devoid of Mary. Back in Carolina a despondent Mary is unable to forget Jack and is emotionally incapable of resuming her old life. Her mother decides the only solution is to marry her off, so she sets about selecting a suitable husband for her. Will Jack survive and succeed in establishing himself as a gentleman? Will the true identity of Mary Burleigh's father be revealed? Will it all happen in time, before her mother succeeds in arranging her marriage?