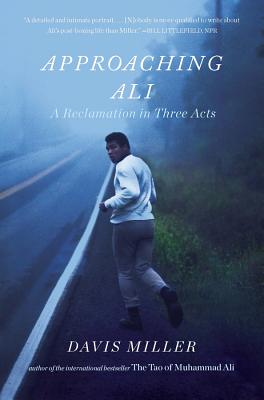 The single most intimate look at Muhammad Ali’s retirement, told through the story of an unexpected, powerful and life-changing friendship

In 1988, then struggling writer and video store worker Davis Miller drove to Muhammad Ali’s mother’s modest Louisville house, knocked on the door, and introduced himself to his childhood idol. Now, all these years later, the two friends have an uncommon bond, the sort that can be fashioned only in serendipitous ways and fortified through shared experiences. Miller draws from his remarkable moments with The Champ to give us a beautifully written portrait of a great man physically devastated but spiritually young—playing mischievous tricks on unsuspecting guests, performing sleight of hand for any willing audience, and walking ten miles each way to grab an ice cream sundae. Informed by great literary journalists such as Joan Didion, Tom Wolfe, and Gay Talese, but in a timeless style that is distinctly his own, Miller gives us a series of extraordinary stories that coalesce into an unprecedentedly humanizing, intimate, and tenderly observed portrait of one of the world’s most loved men.

Davis Miller's award-winning stories have been published in many of the leading national magazines—Men’s Journal, GQ, Esquire, Sports Illustrated, and Rolling Stone, among others. He is the internationally best-selling author of two previous books, including The Tao of Bruce Lee, and is co-librettist of the acclaimed chamber opera Approaching Ali, which is based on his classic story, "My Dinner with Ali."

There have been many books about Muhammad Ali, and there will be more, but…nobody is more qualified to write about Ali’s post-boxing life than Miller.
— Bill Littlefield

In Approaching Ali, Miller weaves vignettes drawn from his time with the Champ—updates of published work combined with new recollections—to tell a deeply personal story of Ali’s post-career life. From Ali’s take on historic fights to his struggles with Parkinson’s to unguarded moments, as when the boxer performs magic tricks for kids on a South Carolina beach, Miller celebrates the one-two combo of charisma and power that made Ali both his lifelong muse and the most famous athlete on the planet.

Nobody has ever written so purely about Ali before.

Not like anything else that I have read. What a strange encounter between this extraordinary man and his gifted troubadour. One has the feeling of absolute and radiant verisimilitude, which is exactly what one requires.
— Donald Hall, former poet laureate of the United States

From Norman Mailer to George Plimpton to Hunter S. Thompson to Tom Wolfe, Muhammad Ali has inspired some of the best work by America’s best writers. But no one has written about him as well as Davis Miller. Approaching Ali is a book for the ages, a book to be treasured.