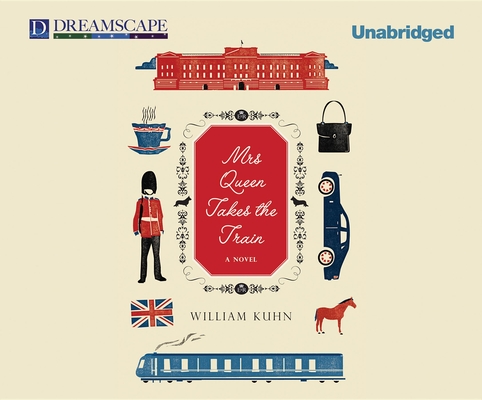 By William Kuhn, Simon Prebble (Narrated by)
Unavailable at this time.
Unavailable

An absolute delight of a debut novel by William Kuhn - author of Reading Jackie: Her Autobiography in Books - Mrs Queen Takes the Train wittily imagines the kerfuffle that transpires when a bored Queen Elizabeth strolls out of the palace in search of a little fun, leaving behind a desperate team of courtiers who must find the missing Windsor before a national scandal erupts. Reminiscent of Alan Bennett's The Uncommon Reader, this lively, wonderfully inventive romp takes readers into the mind of the grand matriarch of Britain's Royal Family, bringing us an endearing runaway Queen Elizabeth on the town - and leading us behind the Buckingham Palace walls and into the upstairs/downstairs spaces of England's monarchy.

William Kuhn is a biographer, historian, and the author, most recently, of Reading Jackie, an account of the editorial life of Jacqueline Kennedy Onassis. He has written three previous books: Democratic Royalism; Henry and Mary Ponsonby; and The Politics of Pleasure. Most recently Kuhn has been professor of history at Carthage College and he has held fellowships from the Social Science Research Council and the National Endowment for the Humanities. He lives in Boston, Massachusetts. READER BIOBritish-born Simon Prebble has played in everything from soaps to Shakespeare on stage and television, but it is as a veteran narrator of over four hundred audiobooks that he has made his mark since coming to the United States in 1990. Simon is one of AudioFile magazine's Golden Voices, has received over twenty Earphones Awards, five Publishers Weekly Listen-Up Awards, and he has been a finalist fourteen times for an Audie Award. He was Publishers Weekly's 2006 Narrator of the Year, and Booklist's 2010 Voice of Choice.