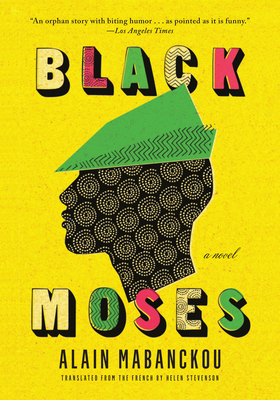 By Alain Mabanckou, Helen Stevenson (Translator)
$23.95
Unavailable at this time.

One of the most compelling books you'll read in any language this year. --Rolling Stone

Winner of the Hurston-Wright Legacy Award

Shortlisted for the Albertine Prize

Longlisted for the PEN Translation Prize

Greeted with wildly enthusiastic reviews on publication, Alain Mabanckou's riotous novel begins in an orphanage in 1970s Congo-Brazzaville run by a malicious political stooge who makes the life of our hero, Tokumisa Nzambe po Mose yamoyindo abotami namboka ya Bakoko--his name means Let us thank God, the black Moses is born on the lands of the ancestors, but most people just call him Moses--very difficult.

Moses is also terrorized by his two fellow orphans--the twins Songi-Songi and Tala-Tala--but after Moses exacts revenge on them by lacing their food with hot pepper, the twins take Moses under their wing, escape the orphanage, and move to the bustling port town of Pointe-Noire, where they form a gang that survives on petty theft.

What follows is a pointed (Los Angeles Times), vivid and funny (New York Times), larger-than-life tale that chronicles Moses's ultimately tragic journey through the Pointe-Noire underworld and the politically repressive reality of Congo-Brazzaville in the 1970s and '80s.

Ringing with beautiful poetry, (Wall Street Journal) Black Moses is a vital new extension of Mabanckou's cycle of Pointe-Noire novels that stand out as one of the grandest and funniest fictional projects of our time.

Alain Mabanckou was born in Congo in 1966. An award-winning novelist, poet, and essayist, Mabanckou currently lives in Los Angeles, where he teaches literature at UCLA. He is the author of African Psycho, Broken Glass, Black Bazaar, Tomorrow I'll Be Twenty, and The Lights of Pointe-Noire. In 2015, Mabanckou was a finalist for the Man Booker International Prize.