Be True to Me (Hardcover) 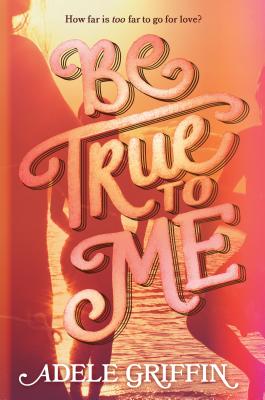 By Adele Griffin
$18.95
On our shelves now at one or more of our stores

A riveting tale of romantic suspense with a shocking twist ending set within the gates of a Fire Island colony of the super rich.

Jean, a privileged, sometimes cruel, often insecure, and always envious girl, is accustomed to living in her glamorous older sister’s shadow. So when Gil Burke, a handsome newcomer with uncertain ties to one of the most powerful families in the exclusive enclave of Sunken Haven, notices Jean, she is smitten. Then Fritz, a girl from outside the gilded gates who humiliated Jean in the island’s tennis championship last year, falls for Gil herself. Soon the girls are competing for much more than a tennis trophy, with higher stakes than either of them can imagine.

Through the alternating perspectives of Jean and Fritz against a backdrop of sunbathing, lobster bakes, and the Bicentennial summer, Adele Griffin captures the angst of feeling like you don’t belong and the urgency of first love with masterly prose and a sharp, intricate wit perfect for fans of E. Lockhart’s We Were Liars.

Adele Griffin is the acclaimed author of Tell Me No Lies and Be True to Me, as well as Sons of Liberty and Where I Want to Be, both finalists for the National Book Award. She lives with her husband and children in Brooklyn, New York. You can find her online at adelegriffin.com or on Twitter: @adelegriffin.

“An atmospheric and engaging piece of historical fiction, this work will haunt and resonate with readers long after it ends. An excellent selection for YA collections.”
—School Library Journal, starred review
“This book beautifully captures that one summer of first love—the excitement, the heartbreak, the way the world will never again look the same. I devoured it in one heady, swoony sitting.”
—Morgan Matson, New York Times bestselling author of The Unexpected Everything

"This is a glittery gem of a book. I was utterly transported to Fire Island—to endless summer days, girls in sundresses, that rush you get the first time you fall hard in love. I fell so hard in love with this book."
—Jenny Han, New York Times Bestselling author of To All the Boys I’ve Loved Before

“Perfectly captures both the blinding brightness of summer love and the encroaching darkness of two girls competing for the same boy. I couldn’t put this delicious book down.”
—Siobhan Vivian, New York Times Bestselling author of The List

“As much sociology, and sometimes satire, as romance, the story is a compelling one that will surely have widespread appeal.”
—Booklist