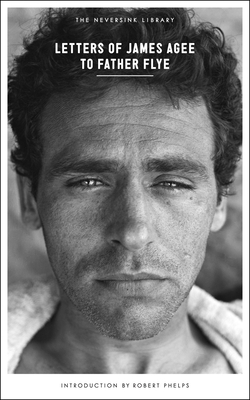 “I’ll croak before I write ads or sell bonds—or do anything except write.”

James Agee’s father died when he was just six years old, a loss immortalized in his Pulitzer Prize–winning novel, A Death in the Family. Three years later, Agee’s mother moved the mourning family from Knoxville, Tennessee, to the campus of St. Andrew’s, an Episcopal boarding school near Sewanee.

There, Agee met Father James Harold Flye, who would become his history teacher. Though Agee was just ten, the two struck up an unlikely and enduring friendship, traveling Europe by bicycle and exchanging letters for thirty years, from Agee’s admission to Exeter Academy to his death at forty-five. The intimate letters, collected by Father Flye after Agee’s death, form the most intimate portrait of Agee available, a starkly revealing account of the internal and external life of a tortured twentieth-century genius. Agee candidly shares his struggles with depression, professional failure, and a tumultuous personal life that included three wives and four children.

First published in 1962, Letters of James Agee to Father Flye followed the rediscovery of Agee’s Let Us Now Praise Famous Men and the posthumous publication of A Death in the Family, which won the 1958 Pulitzer Prize and became a hit Broadway play and film. The collection sold prolifically throughout the 1960s and ’70s in mass-market editions as a new generation of readers discovered the deep talents of the writer Dwight Macdonald called “the most broadly gifted writer of our American generation.”

James Agee (1909–1955) was born in Knoxville, Tennessee. He graduated from Harvard in 1932 and was hired as a staff writer at Henry Luce’s Fortune magazine. His collection of poetry, Permit Me Voyage, won the Yale Series of Younger Poets competition and was published in 1934. Though he hoped to dedicate himself full-time to poetry and fiction, Agee would remain a Time, Inc., writer for fourteen years, winning high praise from Luce himself, who considered Agee’s Fortune essay on the Tennessee Valley Authority to be the best the magazine ever published. (For his part, Agee fantasized about shooting Luce.) His book about Alabama tenant farmers during the Depression, Let Us Now Praise Famous Men, a collaboration with the photographer Walker Evans, appeared in 1941. The book was a commercial and critical failure, selling just six hundred copies in its first year of publication. Agee was later renowned for his film criticism, which appeared regularly in The Nation and Time. He cowrote the screenplays for The African Queen and The Night of the Hunter, as well as a screenplay for Charlie Chaplin, though it was never produced. Agee died of a heart attack in a New York City taxicab at forty-five. Two years later, his novel, A Death in the Family, was published and won the Pulitzer Prize. Let Us Now Praise Famous Men was republished in 1960 and hailed, on its rerelease, as an American classic. In 2013, Cotton Tenants: Three Families, a rediscovered magazine article about the Alabama tenant families, was published to critical acclaim.

James Harold Flye (1884–1985) was an Episcopal priest and teacher. He spent thirty-six years at St. Andrew’s school in Tennessee, and later served as a pastor at St. Luke’s in New York.

Robert Phelps (1922–1989) was an editor, author, and translator. He was a cofounder of Grove Press and edited works by Colette and Jean Cocteau.

Praise for Letters of James Agee to Father Flye

“Comparable in importance to Fitzgerald’s The Crack-Up and Thomas Wolfe’s letters as a self portrait of the artist in the modern scene.”
—The New York Times Book Review

“The stuff of life . . . Extraordinary letters which in their revelation of the hidden springs of genius constitute a major work of art.”
—Pittsburg Press

“Extraordinary letters . . . [James Agee] was what used to be called ‘an original’ . . . able to think in general terms without making a fool of himself, therein differing from most American creative writers of this century.”
—Dwight Macdonald

“He simply preferred conversation to composition. The private game of translating life into language, or fitting words to things, did not sufficiently fascinate him. His eloquence naturally dispersed itself in spurts of interest and jets of opinion. In these letters, the extended, ‘serious’ projects he wishes he could get to . . . have about them the grandiose, gassy quality of talk.”
—John Updike, The New Republic

“From a reading of the letters Agee emerges as a warm human being with a deep commitment to life as a person and as a writer. It is a rewarding experience to make his acquaintance.”
—Kirkus Reviews

“A book of wonders—an untamable American classic in the same line as Leaves of Grass and Moby-Dick.”
—David Denby, The New Yorker

“Let Us Now Praise Famous Men is . . . a classic work, an exercise in pure, declarative humanism. It will read true forever.”
—David Simon, creator of The Wire

“The most realistic and most important moral effort of our American generation.”
—Lionel Trilling

“In my opinion, his column is the most remarkable event in American journalism . . . What he says is of such profound interest, expressed with such extraordinary wit and felicity, and so transcends its ostensible—to me, rather unimportant—subject, that his articles belong in that very select class—the music critiques of Berlioz and Shaw are the only other members I know—of newspaper work which has permanent literary value.”
—W. H. Auden

“[James Agee’s] work continues to feel so vital just because it remains so nakedly vulnerable, so provisional, so utterly lacking in that subtle artistic poison of self-confident complacency . . . He honestly does seem something close to the James Dean of American literature.”
—Michael Dirda, The Washington Post