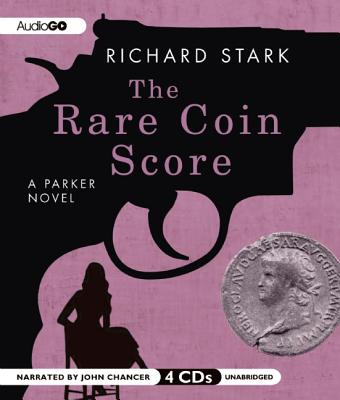 By Richard Stark, John Chancer (Read by)
$19.95
Unavailable at this time.

When it comes to heists, Parker believes in some cardinal rules. On this job, he breaks two of them: never bring a dame along--especially not one you like--and never, ever, work with amateurs. Nevertheless, with the help of a creep named Billy, and the lure of a classy widow, he agrees to set up a heist of a coin convention. But Billy's a rookie with no idea how to pull off a score, and the lady soon becomes a major distraction. The Rare Coin Score marks the first appearance of Claire, who will steal Parker's heart while together they steal two million dollars worth of coins.

Richard Stark, a.k.a. Donald E. Westlake (1933-2008), wrote dozens of novels under his own name and a rainbow of other pseudonyms. Many of his books have been adapted for film, most notably "The Hunter, " which became the 1967 noir "Point Blank, " and the 1999 smash "Payback."