A Kid for Two Farthings (Paperback) 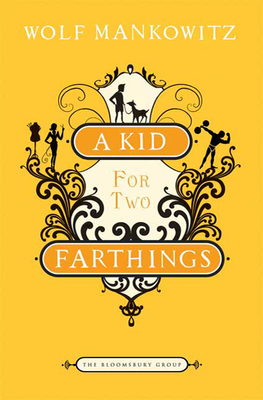 A six-year-old boy in the British immigrant community of Whitechapel believes he has discovered a unicorn for sale at the market. Though it looks to most people like a white goat with a bump on its head, young Joe is certain it will make the dreams of his friends and neighbors come true a reunion with his father in Africa, a steam press for a tailor shop, a ring for a girlfriend. Others may be skeptical of the unicorn's magic, but with enough effort, Joe believes he can make it all real.

Wolf Mankowitz was born in 1924 in the East End of London. His remarkable output included plays, nonfiction, and screenplays. He is the author of the novels A Kid for Two Farthings, Make Me an Offer, and My Old Man's a Dustman. Mankowitz was one of the screenwriters for the first Bond film, Doctor No. He later also collaborated on the screenplay for Casino Royale. He passed away in 1998.

“A seamless blend of child's-eye magic realism and the jobbing world of London's Fashion Street…brims with humor and verbal dash.”—Los Angeles Times