Let's Get Free: A Hip-Hop Theory of Justice (Paperback) 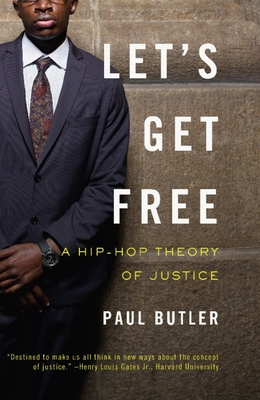 Radical ideas for changing the justice system, rooted in the real-life experiences of those in overpoliced communities, from the acclaimed former federal prosecutor and author of Chokehold

Paul Butler was an ambitious federal prosecutor, a Harvard Law grad who gave up his corporate law salary to fight the good fight--until one day he was arrested on the street and charged with a crime he didn't commit.

In a book Harvard Law professor Charles Ogletree calls "a must-read," Butler looks at places where ordinary citizens meet the justice system--as jurors, witnesses, and in encounters with the police--and explores what "doing the right thing" means in a corrupt system. No matter how powerless those caught up in the web of the law may feel, there is a chance to regain agency, argues Butler. Through groundbreaking and sometimes controversial methods--jury nullification (voting "not guilty" in drug cases as a form of protest), just saying "no" when the police request your permission to search, and refusing to work inside the system as a snitch or a prosecutor--ordinary people can tip the system towards actual justice. Let's Get Free is an evocative, compelling look at the steps we can collectively take to reform our broken system.

A former federal prosecutor, Paul Butler is the country's leading expert on jury nullification. He provides legal commentary for CNN, NPR, and the Fox News Network, and has been featured on 60 Minutes and profiled in the Washington Post. He has written for the Post, the Boston Globe, and the Los Angeles Times, and is a law professor at George Washington University in Washington, D.C.