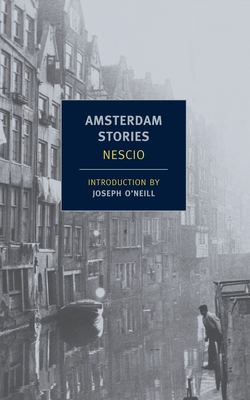 No one has written more feelingly and more beautifully than Nescio about the madness and sadness, courage and vulnerability of youth: its big plans and vague longings, not to mention the binges, crashes, and marathon walks and talks. No one, for that matter, has written with such pristine clarity about the radiating canals of Amsterdam and the cloud-swept landscape of the Netherlands.

Who was Nescio? Nescio—Latin for “I don’t know”—was the pen name of J.H.F. Grönloh, the highly successful director of the Holland–Bombay Trading Company and a father of four—someone who knew more than enough about respectable maturity. Only in his spare time and under the cover of a pseudonym, as if commemorating a lost self, did he let himself go, producing over the course of his lifetime a handful of utterly original stories that contain some of the most luminous pages in modern literature.

This is the first English translation of Nescio’s stories.

Jan Hendrik Frederik Grönloh (1882–1961) was born in Amsterdam, the oldest of four children. After an idealistic youth, he joined the Holland–Bombay Trading Company in 1904, becoming director in 1926, suffering a nervous breakdown leading to a short hospitalization in 1927, and retiring at age fifty-five, on December 31, 1937; he married Aagje Tiket (b. 1883) in 1906 and had four daughters with her, born in 1907, 1908, 1909, and 1912. Meanwhile, as Nescio (Latin for “I don’t know”; he adopted a pseudonym so as not to jeopardize his business career, acknowledging his authorship publicly only in 1929), he wrote what is now considered perhaps the best prose in the Dutch language.

Damion Searls is a translator from German, French, Norwegian, and Dutch and a writer in English. His own books include What We Were Doing and Where We Were Going, The Inkblots, and The Philosophy of Translation. He received the Helen and Kurt Wolff Translator's Prize in 2019 for Uwe Johnson's Anniversaries.

Joseph O’Neill is the author of four novels, most recently The Dog. Born in Ireland, he spent most of his childhood in the Netherlands.

"No book published in the last ten years has had a bigger impact on me, one of those books that speaks directly to your gut, a revelation. … [T]here’s something unclassifiable about the way Nescio goes about his stories, as if every sentence is a surprise even to the writer, a spontaneous irruption. At the same time, there’s nobody less pretentious and more down-to-earth.”—Peter Orner, author of Maggie Brown & Others, LitHub’s “26 Books from the Last Decade that More People Should Read”

“His utter simplicity goes hand-in-hand with a great command of humour, irony, matter-of-factness, understatement and sentiment (never sentimtality or self-pity) all of which miraculously balance each other out. ... Nescio is essentially a lyricist, a poet writing in prose.” ­—Dutch Foundation for Literature

“In every respect the work of Nescio represents an exception to the calm, bourgeois realism of the early twentieth century. ... He was arguably the most non-conformist writer of his time. . . . In his stories Nescio created a number of extraordinary characters, who have become legendary in Dutch culture.” —Theo Hermans, A Literary History of the Low Countries

“Though he published few stories, his position in Dutch literature is a very special one.” —Cassell’s Encyclopedia of World Literature

“Nescio’s utter simplicity goes hand-in-hand with a great command of humour, irony, matter-of-factness, understatement and sentiment (never sentimentality or self-pity), all of which miraculously balance each other out. He is essentially a lyricist, a poet writing in prose.” —Dutch Foundation for Literature