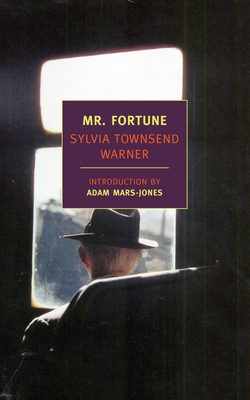 By Sylvia Townsend Warner, Adam Mars-Jones (Introduction by)
$14.95
Out of stock, usually available in 3-10 days

After a decade in one South Seas mission, a London bank-clerk-turned-minister sets his heart on serving a remote volcanic island. Fanua contains neither cannibals nor Christians, but its citizens, his superior warns, are like children—immoral children. Still, Mr. Timothy Fortune lights out for Fanua. Yet after three years, he has made only one convert, and his devotion to the boy may prove more sensual than sacred. Mr. Fortune’s Maggot, Sylvia Townsend Warner’s follow-up to Lolly Willowes, is lyrical, droll, and deeply affecting, and her missionary captivated his creator as much as he did her readers.

Long after the work’s publication, Warner began the novella The Salutation. Now adrift and starving on the Brazilian pampas, Mr. Fortune is rescued by an elderly widow, who delights in having an Englishman about the house. Her heir, however, may beg to differ.

Brilliant and subversive, Mr. Fortune’s Maggot and its sequel are now available in one volume. They show Sylvia Townsend Warner at the height of her powers.

SYLVIA TOWNSEND WARNER (1893–1978) was a poet, short-story writer, and novelist, as well as an authority on early English music and a member of the Communist Party. Her first novel, Lolly Willowes (available from New York Review Books), appeared in 1926 and was the first ever Book of- the-Month Club selection. Mr. Fortune’s Maggot, her second, followed a year later. The Salutation was the title novella of a 1932 collection. According to Warner’s biographer Claire Harman, it “was almost certainly begun in the expectation that it would grow into a full-length novel, a sequel, or an extended coda” to Mr. Fortune’s Maggot. Yet it also stands on its own, and Warner considered it “the purest, the least time-serving story I ever wrote.” Over the course of her long career, Sylvia Townsend Warner published five more novels, seven books of poetry, a translation of Proust, fourteen volumes of short stories, and a biography of T. H. White. NYRB also publishes Summer Will Show, Warner’s novel of the French Revolution of 1848.

ADAM MARS-JONES was born in London, where he lives and works. His fiction includes Monopolies of Love (1992) and The Waters of Thirst (1993). He writes about films and books for London newspapers.

“At long last I pulled down from its place on the shelves
Sylvia Townsend Warner’s plump little novel impishly titled Mr. Fortune’s Maggot and was once again amazed by what a witty, poetic, clairvoyant writer this English woman was.”
—John Updike

“Mr. Fortune’s Maggot is satire at its best. There are pas-
sages here—particularly those delightfully malicious ones, of which there are many—that still cause the reader to laugh out loud. There is so much truth here in regard to Christianity, innocent love, and English reticence that it is easy to dismiss Mr. Fortune’s Maggot as a novel without a clear content. Truth can be very simple and very engaging.”
—Anthony Slide