Dancing Lessons for the Advanced in Age (Paperback) 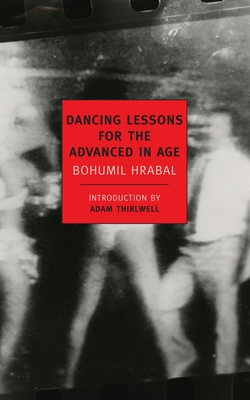 By Bohumil Hrabal, Adam Thirlwell (Introduction by), Michael Heim (Translated by)
Unavailable at this time.
Unavailable

Rake, drunkard, aesthete, gossip, raconteur extraordinaire: the narrator of Bohumil Hrabal’s rambling, rambunctious masterpiece Dancing Lessons for the Advanced in Age is all these and more. Speaking to a group of sunbathing women who remind him of lovers past, this elderly roué tells the story of his life—or at least unburdens himself of a lifetime’s worth of stories. Thus we learn of amatory conquests (and humiliations), of scandals both private and public, of military adventures and domestic feuds, of what things were like “in the days of the monarchy” and how they’ve changed since. As the book tumbles restlessly forward, and the comic tone takes on darker shadings, we realize we are listening to a man talking as much out of desperation as from exuberance.

Hrabal, one of the great Czech writers of the twentieth century, as well as an inveterate haunter of Prague’s pubs and football stadiums, developed a unique method which he termed “palavering,” whereby characters gab and soliloquize with abandon. Part drunken boast, part soul-rending confession, part metaphysical poem on the nature of love and time, this astonishing novel (which unfolds in a single monumental sentence) shows why he has earned the admiration of such writers as Milan Kundera, John Banville, and Louise Erdrich.

Bohumil Hrabal (1914–1997) was born in Brno, Moravia, then part of the Austro-Hungarian Empire. More interested in poetry and the life of the brewery managed by his stepfather than in his studies, Hrabal eventually enrolled in the law faculty at Charles University in Prague. The Nazi occupation of Czechoslovakia in 1939 led to the closing of the universities and Hrabal did not complete his degree until 1946. Not inclined to practice law and unable to find a publisher for his poetry once the Communist Party came to power in 1948, Hrabal held a long series of odd jobs, including notary’s clerk, warehouseman, railroad worker, insurance agent, traveling salesman, foreman in a foundry, wastepaper recycling center worker, and stagehand. In 1962 he became a full-time writer, but due to government restrictions was obliged to publish much of his work in underground editions or abroad. The motion-picture adaptation of his novella Closely Watched Trains brought Hrabal international recognition, including the 1967 Academy Award for Best Foreign-Language Film, but only in 1976 was he “rehabilitated” by the government and permitted to publish select works. By the time of his death—he fell from a fifth-floor window in a Prague hospital, apparently trying to feed the birds—Hrabal was one of the world’s most famous Czech writers and the author of nearly fifty books. Among his other works available in English translation are The Death of Mr. Baltisberger, I Served the King of England, and Too Loud a Solitude.

Adam Thirlwell is the author of two novels, Politics and The Escape; and an essay on novels, The Delighted States. He lives in London.

Michael Henry Heim is a professor of Slavic languages at the University of California, Los Angeles.

“Hrabal, to my mind, is one of the greatest living European prose writers.” —Philip Roth, 1990

“Dancing Lessons unfurls as a single, sometimes maddening sentence. The gambit works. Something about that slab of wordage carries the eye forward, promising an intensity simply unattainable by your regularly punctuated novel.” —Ed Park, The New York Times Book Review

“. . . what Hrabal has created is an informal history of the indomitable Czech spirit. And perhaps. . . the human spirit.” —The Times (London)