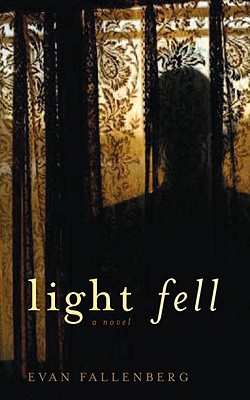 Awarded the 2009 Stonewall Prize for Fiction, the first and most enduring award for GLBT books, sponsored by the American Library Association's Gay, Lesbian, Bisexual, and Transgendered Round Table.

Twenty years have passed since Joseph left behind his entire life—his wife Rebecca, his five sons, his father, and the religious Israeli farming community where he grew up—when he fell in love with a man, the genius rabbi Yoel Rosenzweig. Their affair is long over, but its echoes continue to reverberate through the lives of Joseph, Rebecca, and their sons in ways that none of them could have predicted.

Now, for his fiftieth birthday, Joseph is preparing to have his five sons and the daughter-in-law he has never met spend the Sabbath with him in the Tel Aviv penthouse that he shares with a man—who is conveniently out of town that weekend. This will be the first time Joseph and all his sons will be together in nearly two decades.

The boys’ lives have taken widely varying paths. While some have become extremely religious, another is completely cosmopolitan and secular, and their feelings toward their father range from acceptance to bitter resentment. As they prepare for this reunion, Joseph, his sons, and even Rebecca, must confront what was, what is, and what could have been.

Evan Fallenberg is a native of Cleveland, Ohio, and has since 1985 lived in Israel, where he is a writer, teacher, and translator. His recent translations include novels by Batya Gur and Meir Shalev. He is a graduate of the School of Foreign Service at Georgetown University and the Vermont College MFA program. He is the father of two sons.