A Slight Trick of the Mind (CD-Audio) 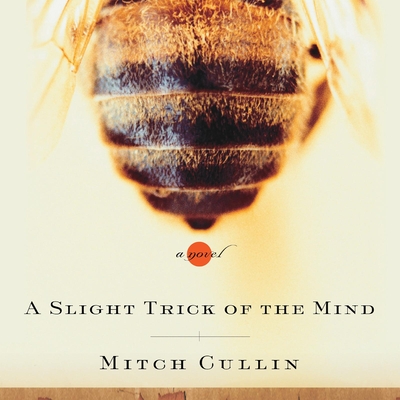 This beautiful literary novel imagines Sherlock Holmes at age ninety-three. His phenomenal mental acuity diminishing and the emotional life he had always resisted pushing its way to the surface, the world’s greatest detective is forced to confront the most baffling mystery of his career, that of the meaning and significance of his own inner life.

MITCH CULLIN is the author of six books including Tideland, now under option to film director Terry Gilliam. He lives in California’s San Gabriel Valley, where, in addition to writing fiction, he collaborates on various projects with the artist Peter I. Chang. Cullin has been a Holmes fan since childhood.

Originally from Wiltshire, England, award-winning narrator SIMON JONES is perhaps most often recognized as ‘Arthur Dent’ in The Hitchhiker’s Guide to the Galaxy (both radio and TV versions) or as ‘Bridey’ in the classic TV mini-series “Brideshead Revisited”.

He has been seen in such films as Privates in Parade, Brazil, 12 Monkeys, Miracle on 34th Street (remake), and Devil’s Own; most recently on TV as a judge in OZ and as ‘C.S. Lewis’ in PBS’s A Question of God; and regularly on stage, including 10 major roles on Broadway. In 2004 his audio book narrations won him AudioFile magazine's "Golden Voice" award, and Publisher’s Weekly "Narrator of the Year."