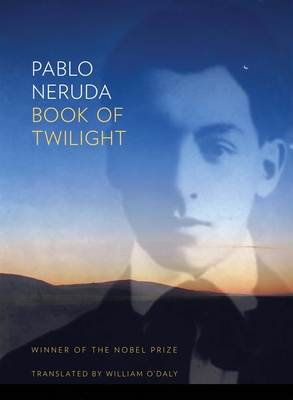 By Pablo Neruda, William O'Daly (Translator)
$17.00
On our shelves now:

"The greatest poet of the 20th century in any language."--Gabriel Garcia Marquez

"His enormous scope was due to the fact that he dared take on the risks of impurity, imperfection, and, yes, banality. He had to do it, in order to name a world. Our world."--New York Times

"Neruda lived a life of passionate engagement and his work was ambitious in every sense."--Los Angeles Times

When Nobel Laureate Pablo Neruda was a teenager, he pawned a family heirloom to fund the publication of his first book, Book of Twilight, which--until now--has never been published in its entirety in the United States.

Presenting the highly romantic style refined and empowered in his later books, Neruda's debut introduces a bold poet unafraid to take risks, push boundaries, and write towards an unapologetic romanticism. Everything we know about Neruda--all his gestures, hyperbole, and effusiveness--appears vividly and for the first time in these poems.

In this hour in which the lilacs
calmly shake their leaves
to cast off the impure dust,
my untouched spirit flies,
passes the orchard and the fence,
opens the door, jumps the wall
and goes tangling up on its way . . .

Pablo Neruda is one of the world's most beloved and bestselling poets. He won the Nobel Prize in 1971 and died in his native Chile in 1973.