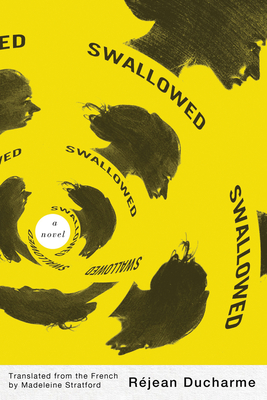 This novel, like a certain Canadian punk band’s debut studio album, is all killer, no filler. Rejean Ducharme, a virtual unknown in this country, was a reclusive Quebecois author known for his fluvial cynicism. Ducharme's Berenice is an over-intelligent and cantankerous 9-year-old, the sum of her environment and the whole cruel human ecosystem, and yet she delights in the first snow of winter, and experiences 'some kind of miracle' while hunting for bugs. Madeleine Stratford has translated Ducharme in a strange and most meaningful way—with conviction, with clarity, with a bit of finger-pointing in every sentence. A book that will endure, even if I'm the only one who reads it.

In 1966, Réjean Ducharme, then a 24-year-old unknown, published L’Avalée des avalés, this debut novel that would go on to serve as a zeitgeist for several generations of French-Canadian readers. At nine years old, Berenice feels trapped by home, family, and dogmas both real and invented. Precocious and over-intelligent, she despises her dysfunctional parents too viciously, loves her brother Christian too passionately, and follows the logical pirouettes of her imagination to conclusions too dangerous. She lives on a secluded island, where she hatches plans to run away with Christian and escape her mother’s needy overtures for affection. When on the cusp of puberty Berenice becomes too wild for even her parents to control, she’s sent to live in New York with her father’s ultra-religious relatives where, pushed to confine her impulses, she instead forces herself forward to new extremes.

Madeleine Stratford is a poet, a literary translator, and a professor at the Université du Québec en Outaouais. In 2017, her English translation of a picture book by German author Lilli L'Arronge was shortlisted for a Kirkus Prize. Dimitri Nasrallah is the author of three novels. His first novel, Blackbodying, won the QWF-McAuslan First Book Prize. Nasrallah's most recent novel is The Bleeds, which has also been published in French. He lives in Montreal, where he is fiction editor for the Esplanade Books imprint at Véhicule Press. Réjean Ducharme (1941-2017) published nine novels, as well as two screenplays, from 1966 to 1990. He won Canada’s Governor General Literary Award three times. Famously reclusive, he never spoke to the media or appeared in public, and only three photos of him are publicly available.