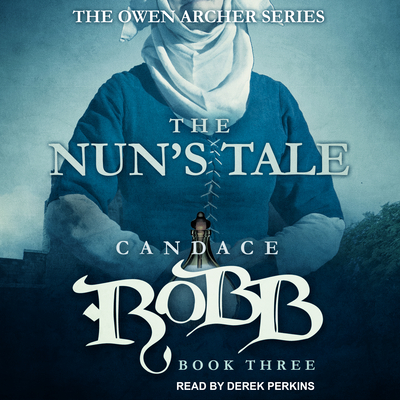 By Candace Robb, Derek Perkins (Narrated by)
$39.99
Out of stock, usually available in 1-5 days

Based on an enigmatic entry in the records of Clementhorpe Nunnery, this authentic, gripping mystery conjures a fourteenth century ripe with forbidden passions and political intrigue. When young nun Joanna Calverley dies of a fever in the town of Beverley in the summer of 1365, she is buried quickly for fear of the plague. But a year later, Archbishop Thoresby learns of a woman who has arrived in York claiming to be the resurrected nun, talking of relic-trading and miracles. And death seems to ride in her wake. The archbishop sends Owen Archer to retrace the woman's journey, an investigation that leads him across the north from Leeds to Beverley to Scarborough. Along the way he encounters Geoffrey Chaucer, a spy for the king of England, who believes there is a connection between the nun's troubles, renegade mercenaries, and the powerful Percy family. Back in York, however, Owen's wife Lucie, pregnant with their first child, has won the confidence of the mysterious nun and realizes that there are secrets hidden in the woman's seemingly mad ramblings . . .