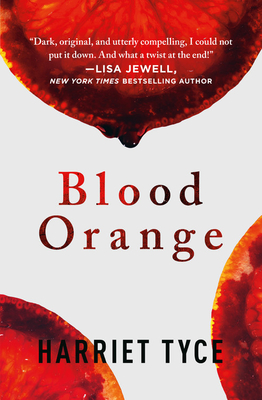 A young lawyer's outwardly perfect life spirals out of control as she takes on her first murder case in this "dark, original and utterly compelling" domestic noir for readers of Paula Hawkins, A.J. Finn, or Shari Lapena. (Lisa Jewell, New York Times bestselling author of Then She Was Gone)
Alison has it all. A doting husband, adorable daughter, and a career on the rise--she's just been given her first murder case to defend. But all is never as it seems...

Just one more night. Then I'll end it.
Alison drinks too much. She's neglecting her family. And she's having an affair with a colleague whose taste for pushing boundaries may be more than she can handle.

I did it. I killed him. I should be locked up.
Alison's client doesn't deny that she stabbed her husband - she wants to plead guilty. And yet something about her story is deeply amiss. Saving this woman may be the first step to Alison saving herself.

I'm watching you. I know what you're doing.
But someone knows Alison's secrets. Someone who wants to make her pay for what she's done, and who won't stop until she's lost everything....

HARRIET TYCE grew up in Edinburgh. She studied English at Oxford University and Law at City University before working as a criminal barrister for nearly a decade. She lives in London. Blood Orange is her debut novel.

"BLOOD ORANGE is destined to be a debut that everyone is talking about in 2019. Dark, original and utterly compelling, I could not put it down. And what a twist at the end!"
—Lisa Jewell, New York Times bestselling author of Then She Was Gone

"In BLOOD ORANGE, Harriet Tyce brings a new layer of visceral, addictive dark to domestic noir. Obsession, revenge, lust and murder play out on the pages as a female barrister tries to hold her life together while her personality tries to tear it apart. At once shocking and riveting, I simply couldn't stop reading. Bravo!"
—Sarah Pinborough, New York Times bestselling author

"A classic thriller with complex and compelling characters."
—Clare Mackintosh, nationally bestselling author of I See You

"A fantastic debut. Dark. Twisted. I read it in one heart-stopping sitting!"
—Robert Bryndza, #1 Wall Street Journal bestselling author of The Girl in the Ice

"BLOOD ORANGE is a brilliant marriage between psychological suspense and legal thriller. The debut novel of the year. It's a stunning portrayal of both one woman's fight for justice for an accused murderer-and of a life spinning out of control. Harriet Tyce is now on my 'must read' list."
—Jeff Abbott, New York Times bestselling author

"Gritty and compelling, BLOOD ORANGE drags you right into the hearts of the flawed characters and their stories from the get go. A book that will keep you up all night."
—Kate Hamer, bestselling author

"This brilliant debut from Harriet Tyce has it all."
—Rachel Abbott, 3 million copy eBook bestselling author of Only the Innocent

"It was all brilliantly done. Writing, plotting, characters--wonderful and deeply satisfying, devour-in-one-sitting stuff!"
—Lucy Mangan, Guardian and Stylist columnist and author of Bookworm: A Memoir of Childhood Reading

"A promising debut... A page-turner that drives to a shocking and satisfying ending."
—Publisher's Weekly

"This debut novel by a former barrister displays the pacing skills and smooth prose of a seasoned author, as suspense builds to a stunning climax. Keep your eyes on Tyce."
—Booklist

"Chilling debut...beautifully crafted...A domestic thriller that twists and turns down a dark rabbit hole of suspense toward an explosive ending that will stick with readers long after they turn the page."
—The Big Thrill

"BLOOD ORANGE caters to [a] growing craving to dissect people's hidden impulses, [with] a staggering finale that is guaranteed to leave readers shocked."
—Palm Beach Post

"A serious contender for best debut of the year."
—CrimeReads.com, Best New Thrillers

"Outstanding...The story of a marriage, of the point where love can turn to hate and how a person must regain her own sense of self. Obsession is a dangerous thing."
—South Florida Sun-Sentinel

"The plot of this engrossing first novel is as audacious as anything you'll read this year."
—Toronto Star