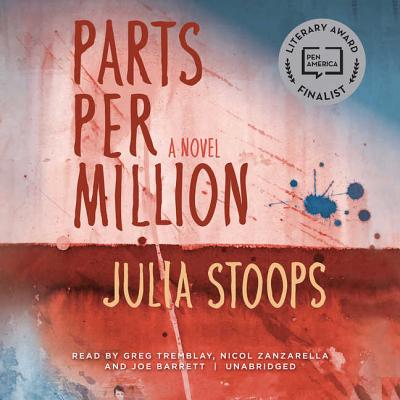 When John Nelson abandoned his government job to join a scrappy band of activists, he didn't realize trying to save the world would be so hard. His ideals remain strong, but his optimism is wearing thin. His fellow activists-computer hacker Jen Owens and Vietnam vet Irving Fetzer-still think he's a square. And their radio show can't compete with the corporate media.

Parts per Million, Julia Stoops's socially conscious, fast-paced debut novel, is set in Portland, Oregon, in 2002. As the trio dives into anti-war protests and investigates fraud at an elite university, Nelson falls in love with an unlikely houseguest, Deirdre, a photographer from Ireland-and a recovering addict. Fetzer recognizes her condition but keeps it secret, setting off a page-turning chain of events that threatens to destroy the activists' friendship even as they're trying to hold the world together, one radio show at a time.