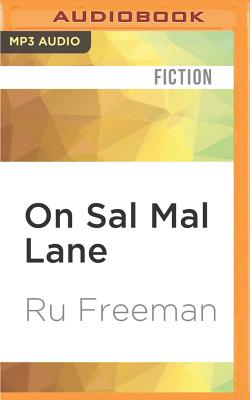 “In 1983, the Sri Lankan tensions between the Tamils and the Sinhalese broke into civil war. On quiet, secluded Sal Mal Lane, the Horvaths and their neighbors are not sheltered from the turmoil, and the prejudices of the greater world find their way onto their secluded street. The coming of age of the children on Sal Mal Lane and the loss of one innocent in particular shatters their world. On Sal Mal Lane is a beautifully written, heartbreaking story of a foreign yet somehow familiar time and place.”
— Ellen Richmond, Children's Book Cellar, Waterville, ME

In the tradition of In the Time of the Butterflies and The Kite Runner, a tender, evocative novel about the years leading up to the Sri Lankan civil war.

On the day the Herath family moves in, Sal Mal Lane is still a quiet street, disturbed only by the cries of the children whose triumphs and tragedies sustain the families that live there. As the neighbors adapt to the newcomers in different ways, the children fill their days with cricket matches, romantic crushes, and small rivalries.

But the tremors of civil war are mounting, and the conflict threatens to engulf them all. In a heartrending novel poised between the past and the future, the innocence of the children--a beloved sister and her overprotective siblings, a rejected son and his twin sisters, two very different brothers--contrasts sharply with the petty prejudices of the adults charged with their care. In Ru Freeman's masterful hands, On Sal Mal Lane

, a story of what was lost to a country and her people, becomes a resounding cry for reconciliation.