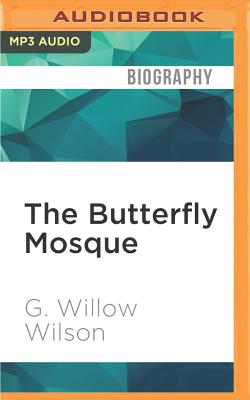 The extraordinary story of an all-American girl's conversion to Islam and her ensuing romance with a young Egyptian man, The Butterfly Mosque is a stunning articulation of a Westerner embracing the Muslim world.

When G. Willow Wilson--already an accomplished writer on modern religion and the Middle East at just 27--leaves her atheist parents in Denver to study at Boston University, she enrolls in an Islamic Studies course that leads to her shocking conversion to Islam and sends her on a fated journey across continents and into an uncertain future.

She settles in Cairo, where she teaches English and submerges herself in a culture based on her adopted religion. And then she meets Omar, a passionate young man with a mild resentment of the Western influences in his homeland. They fall in love, entering into a daring relationship that calls into question the very nature of family, belief, and tradition. Torn between the secular West and Muslim East, Willow records her intensely personal struggle to forge a "third culture" that might accommodate her own values without compromising the friends and family on both sides of the divide.