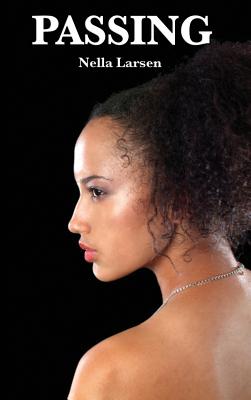 Nella Larsen was an important writer associated with the Harlem Renaissance. While she was not prolific her work was powerful and critically acclaimed.Passing confronts the reality of racial passing. The novel focuses on two childhood friends Clare and Irene, both of whom are light skinned enough to pass as white, who have reconnected with one another after many years apart. Clare has chosen to pass while Irene has embraced her racial heritage and become an important member of her community.

Nella Larsen was born Nellie Walker in 1891 in Chicago. Her mother was a Danish immigrant and her father an immigrant from the Danish West Indies. Larsen attended school in all white environments in Chicago until she moved to Nashville to attend high school. Larsen later practiced nursing, and from 1922 to 1926, served as a librarian at the New York Public Library. After resigning from this position, Larsen began her literary career by writing her first novel, Quicksand (1928), which won her the Harmon Foundation's bronze medal. After the publication of her second novel, Passing (1929), Larsen was awarded the first Guggenheim Fellowship given to an African American woman, establishing her as a premier novelist of the Harlem Renaissance. Nella Larsen died in New York in 1964. Darryl Pinckney, a longtime contributor to The New York Review of Books, is the author of two novels, Black Deutschland and High Cotton, and two works of nonfiction, Blackballed: The Black Vote and US Democracy and Out There: Mavericks of Black Literature. He has also collaborated with Robert Wilson on theater projects, most recently an adaption of Daniil Kharm's The Old Woman. He lives in New York. Maggie/Malachi Lily is a shapeshifting, black, nonbinary artist and moth from Philadelphia, PA. Seeking to combat our present day cravings for instant gratification and toxic individualism, they create works of art, literature, and programming that resonate spiritual light. They hope their work causes you to want to curl up in the sun and ponder, ideally with a cat.