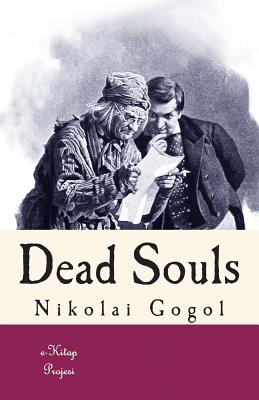 Dead Souls, is a novel by Nikolai Gogol, first published in 1842, and widely regarded as an exemplar of 19th-century Russian literature. The purpose of the novel was to demonstrate the flaws and faults of the Russian mentality and character. Gogol masterfully portrayed those defects through Pavel Ivanovich Chichikov (the main character) and the people whom he encounters in his endeavours. These people are typical of the Russian middle-class of the time. Gogol himself saw it as an "epic poem in prose", and within the book as a "novel in verse". Despite supposedly completing the trilogy's second part, Gogol destroyed it shortly before his death. Although the novel ends in mid-sentence (like Sterne's Sentimental Journey) "To the door of an inn in the provincial town of N. there drew up a smart britchka-a light spring-carriage of the sort affected by bachelors, retired lieutenant-colonels, staff-captains, land-owners possessed of about a hundred souls, and, in short, all persons who rank as gentlemen of the intermediate category. In the britchka was seated such a gentleman-a man who, though not handsome, was not ill-favoured, not over-fat, and not over-thin. Also, though not over-elderly, he was not over-young. His arrival produced no stir in the town, and was ac-companied by no particular incident, beyond that a couple of peasants who happened to be standing at the door of a dramshop exchanged a few comments with reference to the equipage rather than to the individual who was seated in it. "Look at that carriage," one of them said to the other. "Think you it will be going as far as Moscow?" "I think it will," replied his companion. "But not as far as Kazan, eh?" "No, not as far as Kazan." With that the conversation ended. Presently, as the britchka was approaching the inn, it was met by a young man in a pair of very short, very tight breeches of white dimity, a quasi-fashionable frockcoat, and a dickey fastened with a pistol-shaped bronze tie-pin. The young man turned his head as he passed the britchka and eyed it attentively; after which he clapped his hand to his cap (which was in danger of being removed by the wind) and resumed his way..

Nikolai Vasilievich Gogol, dramatist, novelist and short story writer of Ukrainian ethnicity. Russian and Ukrainian scholars debate whether or not Gogol was of their respective nationalities. Considered by his contemporaries one of the preeminent figures of the natural school of Russian literary realism, later critics have found in Gogol's work a fundamentally romantic sensibility, with strains of Surrealism and the grotesque ("The Nose", "Viy", "The Overcoat," "Nevsky Prospekt"). His early works, such as Evenings on a Farm Near Dikanka, were influenced by his Ukrainian upbringing, Ukrainian culture and folklore. His later writing satirised political corruption in the Russian Empire (The Government Inspector, Dead Souls), leading to his eventual exile. The novel Taras Bulba (1835) and the play Marriage (1842), along with the short stories "Diary of a Madman", "The Tale of How Ivan Ivanovich Quarreled with Ivan Nikiforovich", "The Portrait" and "The Carriage", round out the tally of his best-known works.