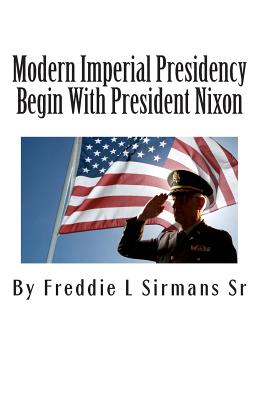 COMING OBAMACARE DESTRUCTION INJECTION: SIRMANS LOG: 23 JANUARY 2015, 1515 HOURS. I THINK BY APRIL 15TH PLUS 30 DAYS WE WILL HEAR THE FIRST RUMBLINGS COMING FROM THE ECONOMIC VOLCANIC ERUPTION THAT MAY LEAD TO A TOTALLY USA ECONOMY COLLAPSE. WE'LL SEE, THE WAIT WON'T BE MUCH LONGER. INJECTION END. IDEOLOGY INJECTION: SIRMANS LOG: 21 JANUARY 2015, 1249 HOURS I have never in my life advocated for a lower minimum wage because that is even more sinister than a higher minimum wage to the destruction of a true free market place economy. My whole effort on trying to help save the USA and western civilization is repealing or getting rid of any wage or price controls entirely, vamooses. Getting rid of all shackles and restrictions like any wage or price controls is the only way to let loose the miracle working power of a true free market place economy. That way it will have the discipline and power to kick ass and do whatever it may take to save the USA and western civilization. Otherwise, western civilization might as well start preparing to be on its knees praying five times a day. The fact is western civilization is going to lose this ideology war not in battle but by actually destroying itself. That being said, all the opposing foe needs to do is just walk in and take over. Right now in the USA alone when this Obamacare insanity collapses the USA economy we are going to be so busy at each others throat, hell, I don't know what to expect. All I can do is pray that I'm not losing my cotton picking mind by letting my imagination get out of control. Bartender, give me your strongest shot of whiskey, make it a double. There, that should stop any more drift from reality. INJECTION END. ECONOMIC INJECTION: SIRMANS LOG: 20 JANUARY 2015, 2108 HOURS. USA ECONOMY COLLAPSES DUE TO OBAMACARE, MONEY IS WORTHLESS, NO GOVERNMENT CHECKS FORTHCOMING. NOW, IF YOU THINK THAT CAN'T HAPPEN, THEN YOU'RE A FOOL. YOU DON'T KNOW HISTORY; THERE HAS NEVER BEEN A GOVERNMENT THAT DIDN'T FAIL AT SOME POINT. I CONSIDER IT A CRIME AGAINST HUMAN SURVIVAL FOR ANY GOVERNMENT TO SEDUCE AND MAKE MILLIONS UPON MILLIONS OF PEOPLE SOLELY DEPENDENT ON ANY SYSTEM OTHER THAN THE NUCLEAR AND EXTENDED FAMILY SYSTEM. CREATING A WELFARE STATE IN THE FIRST PLACE IS JUST PLAIN SOCIETAL SUICIDE. INJECTION END. I see where the USA and Western Europe leadership are brainstorming and scratching their heads on how to solve the immigration problem, the terrorist problem, the economy problem, etc. Well, as a self-made writer I'm fixing to let her rip. I am not about feel good talk and exercises in futility because in terms of sheer survival winning is everything. There is no sense of me going back over the destruction of what government as a social and family provider along with the welfare state has done to western civilization. It is very simple "We can't have our cake and eat it too." I think anyone today with an ounce of economic wisdom should know that western civilization cannot and will not survive as welfare states. And anyone that thinks I'm wrong on this is an educated fool. The old folks used to always say, "An educated fool is the worst kind." I'm warning you, one way or another the days of the welfare state is bankrupt and over. The sooner the USA and Western Europe realizes that fact the better all of our chances of surviving will be. If you mention "Survival instinct" very few today know what the hell you are talking about. Well, I will tell you what I think it is, the harder the struggle in life the greater it is, the least the struggle in life the least it is. No one has to tell one with a strong survival instinct that there is no bright future for a civilization with same sex marriages, mass murdering in the womb, and birth control galore. Who is going to produce future generations? Duh No need for me to nag or preach about morals, today very few give a damn anyway, I'm considered to be the nut case and odd man out.

Freddie L. Sirmans was born in Stockton, Georgia on December 22, 1942. In 1956 he moved with his family to 717 East Cunning Street, Valdosta, Georgia at the age of Fourteen. He finished Pinevale High School in Valdosta in 1961. He Turned down a basketball scholarship To attend Fort Valley State College in Georgia upon graduation. In late 1962 Mr. Sirmans enlisted In the U.S. Air Force where he Became a fire and crash rescue man And fire fighter. After four years in the U.S. Air Force Mr. Sirmans returned to Valdosta in 1966. In 1969 he met and married Carolyn Laverne Cunningham. That Union ended in a divorce in 1980. He has operated several small Businesses and help raise four kids, Felicia Regina Sirmans, Freddie Lee Sirmans Jr., Hoover Charles Sirmans and Erica Laverne Sirmans. He is dedicating this book to his 9 grand children.