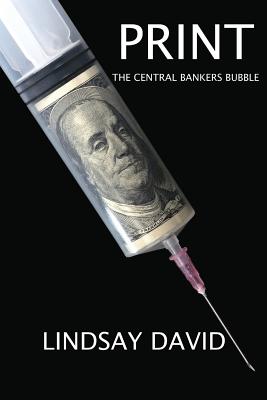 The biggest economic disasters always include the breakdown of an IZNOP business model. Are the central banks in Japan, Europe, and America the new fiscal heroin dealers? Since bottoming out in the 2008 Global Financial Crisis (GFC), the global economy has changed in a big way. The investment community once possessed a logical mindset that involved buying on the wings of good economic news and selling when bad news hit the headlines. And then it transformed into a world where the good news became bad news and bad news became good news for the global markets. More specifically, while the global economy has struggled to find its feet since the GFC, the value of assets across the globe have increased significantly relative to worldwide working wages. This has forced society to invest more . . . but receive less in income. Enter our central bankers. We as global citizens are supposed to trust these individuals to make logical financial decisions. Lindsay David argues that while central banks have been printing trillions and driving interest rates down to feed the fiscal heroin addiction of investors, more retirees than ever have been forced onto government pension plans-and this has increased the debt profile of many governments. Alternatively, retirees as a group could have been an asset to many highly leveraged governments . . . if interest rates had been higher. Furthermore, since 2008, central banks of the nouveau riche world, more particularly China, have adopted precisely the same economic strategy that got Japan, America, and many European nations into financial messes in the first place. They've adopted the IZNOP business model-a business model wherein toxic credit fuels a rising real estate market. Can the American government achieve a budget surplus by 2017? Is France the country that will make or break Europe? Will China become a $77 trillion economy by 2027? Will the Japanese government ever repay its debts? Why does land in a small remote Australian desert town cost more than land in the hills of Malibu, California? Lindsay David answers these questions, and he offers two key recommendations to stop future central bankers from ever having to print money again to buy up debt-a practise that leads nations to live beyond their means. Unfortunately for central bankers around the world, there is no easy fix for the mess they got this world into.

Lindsay David is the author of Australia: Boom to Bust and Print: The Central Bankers Bubble. He founded LF Economics; and holds an MBA from IMD Business School.