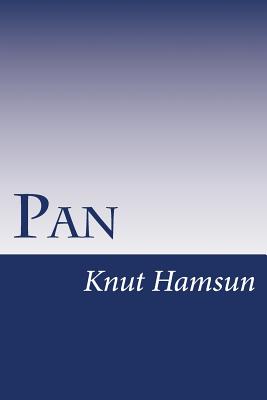 Between "Hunger" and "Growth of the Soil" lies the time generally allotted to a generation, but at first glance the two books seem much farther apart. One expresses the passionate revolt of a homeless wanderer against the conventional routine of modern life. The other celebrates a root-fast existence bounded in every direction by monotonous chores. The issuance of two such books from the same pen suggests to the superficial view a complete reversal of position. The truth, however, is that Hamsun stands today where he has always stood. His objective is the same. If he has changed, it is only in the intensity of his feeling and the mode of his attack. What, above all, he hates and combats is the artificial uselessness of existence which to him has become embodied in the life of the city as opposed to that of the country. Problems do not enter into the novels of Hamsun in the same manner as they did into the plays of Ibsen. Hamsun would seem to take life as it is, not with any pretense at its complete acceptability, but without hope or avowed intention of making it over. If his tolerance be never free from satire, his satire is on the other hand always easily tolerant. One might almost suspect him of viewing life as something static against which all fight would be futile. Even life's worst brutalities are related with an offhandedness of manner that makes you look for the joke that must be at the bottom of them. The word reform would seem to be strangely eliminated from his dictionary, or, if present, it might be found defined as a humorous conception of something intrinsically unachievable. Hamsun would not be the artist he is if he were less deceptive. He has his problems no less than Ibsen had, and he is much preoccupied with them even when he appears lost in ribald laughter. They are different from Ibsen's, however, and in that difference lies one of the chief explanations of Hamsun's position as an artist. All of Ibsen's problems became in the last instance reducible to a single relationship-that between the individual and his own self. To be himself was his cry and his task. With this consummation in view, he plumbed every depth of human nature. This one thing achieved, all else became insignificant.