Misfits from the Beehive State (Paperback) 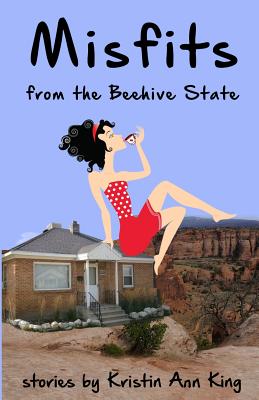 An airplane passenger who just wants to leave home is stuck with a magic boarding pass that won't cooperate. A housewife intent on heaven encounters an angel looking for sex instead. And a young woman begins her descent into schizophrenia, pursued by a fairy tale character. In this debut collection by Pushcart Prize award-winning author Kristin Ann King, the characters try to fit into paradise, but fall down the rabbit hole instead. Now they're plagued by mental illness, mystical creatures, and character flaws, and they're forced to muddle through as best they can. The result is by turns hilarious, heartbreaking, and downright peculiar.