Where the Bones Are Buried: A Dinah Pellerin Mystery (Hardcover) 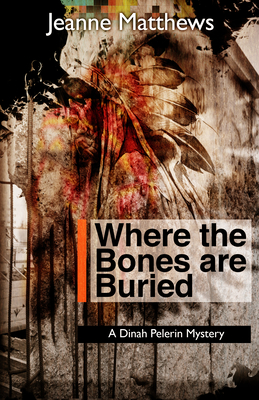 Dinah Pelerin has finally put her life in order. Living in Berlin with her boyfriend Thor, she has landed a job teaching Native American cultures at the university. She's never felt happier. And then her Seminole mother Swan shows up with a crazy scheme to blackmail a German tax dodger and dredges up a secret Dinah has kept hidden from the IRS and from straight-arrow Norwegian Thor, a former cop now with hush-hush international duties. Germans harbor a century-long fascination with the American Wild West and American Indians. Some enthusiasts dress up as Indians and adopt Indian names. Like Der Indianer Club which has invited Swan to a powwow where she plans to meet her blackmail victim. Dinah tries to head her off, but arrives at the scene too late. A man has been killed and scalped and Swan quickly becomes the prime suspect. Torn between love for her mother and dismay at her incessant lies, Dinah sets out to find the killer--hoping the killer doesn't turn out to share her DNA. But Swan isn't the only liar. Everyone is lying about something. Margaret, Swan's dead ex-husband's former wife, come to the city with Swan. Dinah's teen-age "ward." Thor. Especially Dinah. Ghosts of Germany's terrible history haunt Berlin while she faces exorcising a hateful ghost of her own.