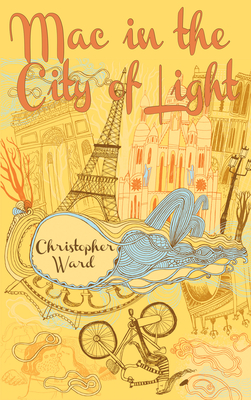 By Christopher Ward
$8.99
Unavailable at this time.

This is book number 1 in the Adventures of Mademoiselle Mac series.

Mac's school trip to Paris turns into an adventure she never imagined.

Fourteen-year-old California girl Mackenzie, known as Mac, goes on a school trip to Paris where she meets up with an old musician friend of her dad's, Rudee Daroo, who now makes a living as a cab driver. Rudee reveals that some of the greatest monuments in Paris are being either destroyed or stolen and that the city is slowly becoming darker.

Mac finds herself in league with a crew of crazy cabbies and their friends as she tries to right these wrongs. She encounters sinister, shadowy characters who live in the Paris underground, a philosopher gendarme, a gypsy who can dance people into dream states, and gargoyles come to life. From dodging her school group to a heart-stopping encounter atop Notre Dame Cathedral, Mac needs all the resources she can muster to help Paris remain the City of Light.

Christopher Ward, Canada's original MuchMusic VJ, wrote the world-wide No. 1 hit Black Velvet. His songs have been recorded by Diana Ross, The Backstreet Boys, Amanda Marshall, and many others, and he's been seen as a judge on YTV's The Next Star. He lives in Toronto.