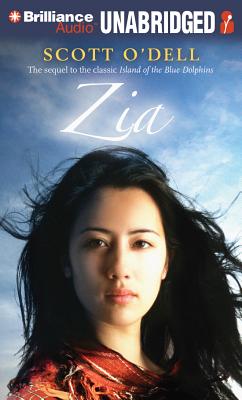 By Scott O'Dell, Jessica Almasy (Read by)
Unavailable at this time.
Unavailable

Karana stood looking at me through the iron bars. She must have known me at once because I looked like her sister. She touched my hand and held it for a moment.

For years, Zia has dreamt of going to the Island of the Blue Dolphins to find her aunt Karana, her dead mother's sister who was left alone on the island nearly twenty years ago. It's the reason Zia came to the Santa Barbara Mission in the first place. The reason she braves the treacherous ocean waters again and again to rescue Karana herself. But every time she tries, she fails.

Finally, Zia's aunt is brought to her. Finally, her greatest dream has come true. But sometimes the reality is not nearly as sweet as the dream.

When Island of the Blue Dolphins was published in 1960, fans asked what happened to Karana after she left the island. Zia tells those facts so far as they are known from the point of view of a girl who has her own story to tell.

"Bound to be among the outstanding books of the year." -- Publishers Weekly